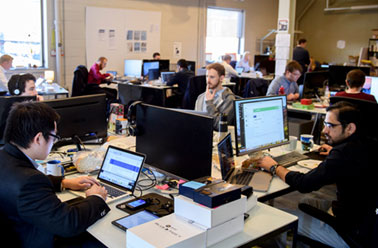 IBG eChits is making an effort to explain this concept to you through a simple story about two good friends: Ram and Rahim.

Ram and Rahim are two good friends and started a career at the same time with the same company. Ram resided in a city with his parents in a large community that had residents from different professions like bankers, doctors, lawyers, so on. Rahim lived along in a corporate hostel in the city as his parents stay in their native village as they live on farming.

Time passed, Ram and Rahim both decided to invest money with chits from the sixth month of their salary. Meanwhile, Rahim has got transferred to a different city concerning work in the same company. Both friends were always in touch over phones and emails.

A year passed, Ram and Rahim moved up their career ladder. Ram is also now transferred to the same city where Rahim was posted earlier. Ram has moved to a new city with his family. He then had an issue with his chits service provider, saying he still has six months to complete and he needs to physically attend an auction if he wants the prize money plus he has no clue about his chit dividends, payment history and auctions due to lake of proper communication. This irritated Ram very much and wanted to move out of chit scheme for which he has to lose his money.

When Ram explained this to Rahim, Rahim said, “I have invested in an eChits company. Even if I move to a new city, I can manage my chits through an app and this concept is called eChits. I can participate in the auction for prize money through the app. If something still goes wrong I can file a case in consumer forum or local police to safeguard my interests and it is legally valid. This makes my investment 100% safe legally”.

Ram realized the mistake he made and felt he was lucky that his traditional chits service provider just did not provide convenience, but was genuine. Going forward, Ram decided to invest only with registered eChits company.